Sir Paul Callaghan had what we all need – GRIT 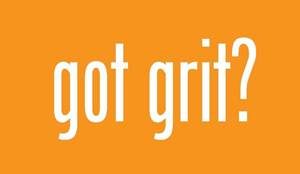 As i write this blog the documentary Dancing with Atoms, a tribute to Sir Paul Callaghan is being released. I heard the filmmaker Shirley Horrocks speak about the making of it and about the remarkable and interesting person he was. Tragically Sir Paul passed away in 2012 and for those of us in the New Zealand food industry we are often reminded of him through Callaghan Innovation, the governments agency supporting tech innovation and its support of NZFIN, the Food Innovation Network.

Shirley Horricks spoke about Sir Paul’s remarkable ability to communicate science with people, his wide areas of interest and the high level of passion he had for them. This passion and positivity remained despite what all scientists experience, many failures before they get it right or find the answer.

He had what the world of work describes as resilience or more recently has defined also as GRIT.

In 2013, Angella Duckworth a psychology professor at the University of Pennsylvania popularised the term saying grit is the “quality of being able to sustain your passions and also work really hard at them, over really disappointingly long periods of time”. People with grit can overcome stress and use failure as a means to achieve their ultimate goal. You can view her TED talk at https://www.ted.com/talks/angela_lee_duckworth_grit_the_power_of_passion_and_perseverance.

For some people such as scientists or technologists there is good news. Like Sir Paul they already have a head start with some of the fundamentals of being gritty. Their roles require them to often over long periods of time, fail a number of times before getting an answer, to sustain their passion and work hard to test a hypothesis. They know how to fail, its part of good science.

At the same time however, for all of us in the world of work the answers are becoming increasingly unknown or illusive. CEO’s are asked to lead businesses through on-going uncertainty, into a future where disruption is becoming commonplace and to the bring the rest of us along on the journey.

Under these circumstances therefore is seems that for all of us grit is even more important, and is the reason that it is a common element in what employers are needing more of in their businesses.

How do you rate on the following 5 Characteristics of GRIT

as provided by Margaret Perless for Forbes?

While courage is hard to measure, it is directly proportional to your level of grit. More specifically, your ability to manage fear of failure is imperative and a predicator of success. There are valuable lessons in defeat and that the vulnerability of perseverance is requisite for high achievement.

The achievement-oriented individual is one who works tirelessly, tries to do a good job, and completes the task at hand, whereas the dependable person is more notably self-controlled and conventional. Both are components of conscientiousness but achievement orientated traits predicted job proficiency and educational success far better than dependability. In other words, it is important to commit to go for the gold rather than just show up for practice.

Malcolm Gladwell in his 2007 best selling book Outliers said the baseline time commitment required to become a contender, even if predisposed with seemingly prodigious talent is practice, at least 20 hours a week over 10 years. However one of the distinctions between someone who succeeds and someone who is just spending a lot of time doing something is this: practice must have purpose. That’s where long-term goals come in. They provide the context and framework in which to find the meaning and value of your long-term efforts, which helps cultivate drive, sustainability, passion, courage, stamina…grit. 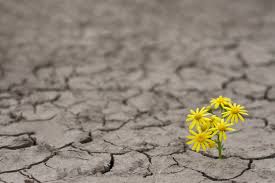 A key component of grit is resilience, resilience is the powering mechanism that draws your head up, moves you forward, and helps you persevere despite whatever obstacles you face along the way. In other words, gritty people believe, “everything will be alright in the end, and if it is not alright, it is not the end.”

Certainly there are times when “perfection” is necessary to establish standards. It is interesting however that conditions like Anxiety, low self-esteem, obsessive compulsive disorder, substance abuse, and clinical depression are only a few of the conditions ascribed to “perfectionism.

Excellence is an attitude, not an endgame. The word excellence is derived from the Greek word Arête which is bound with the notion of fulfillment of purpose or function and is closely associated with virtue. It is far more forgiving, allowing and embracing of failure and vulnerability on the ongoing quest for improvement. It allows for disappointment, and prioritizes progress over perfection.