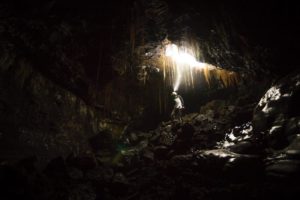 A team of thousands of divers, engineers, Thai Navy SEALs and volunteers from all over the world, including billionaire Elon Musk, faced mission impossible in their efforts to extract the boys, but it was Ekkapol Ake Chantawong, Coach “Ake”, who played the largest role in keeping the boys alive inside the flooded cave until they were rescued. Here are 4 leadership lessons to learn from the soccer coach.

1. Keep Calm and Carry On

“Be patient. Try to build your encouragement from the inside. This energy will give you the power to survive.”

These were the words of Prayuth Jetiyanukarn, a Buddhist abbot who penned a short letter and gave it to a diver who promised to deliver it to Coach Ake.

Ekkapol, who was a monk for eight years before becoming an assistant coach, exhibited strength, courage and resiliency when the team needed it most. Though no longer a monk, it was through his Buddhist training and meditation practice that Coach Ake kept himself and the boys calm while help arrived.

Fear is contagious. Had Ekkapol projected a frightened demeanor, the boys would’ve felt scared themselves. Here’s what all leaders can learn from him. It’s the tough times that separate the bad leaders from the good ones. When there are enormous mental, physical, and psychological pressures—that’s when staying calm is most important.

Our work at Barbachano International with leaders from many walks of life shows that the ability to recover or adjust easily to misfortune stands the test of time, which is particularly valuable in an unpredictable, fast-evolving business landscape.

2. Own Up to What You Didn’t Do Right

“I promise to take the very best care of the kids. I want to say thanks for all the support, and I want to apologize.”

While in the cave, Ekkapol sent out a note with Thai Navy divers apologizing to the boys’ parents for having led the team astray despite warnings about weather risks, such as the sign outside the cave about seasonal flooding.

Stuff happens. Failure is a part of life. Not every strategy or decision will yield favorable results. Every leader makes mistakes at some point. When you’re the boss, acknowledge your wrongdoings and look to set things right. Accept responsibility for your actions and make amends to those who have been impacted. Otherwise, you create a culture that doesn’t learn from its mistakes.

According to rescue officials, Ekkapol was among the weakest in the group, choosing instead to give his rations of water and food to the boys.

The concept of “Leaders Eat Last” was created by author and motivational speaker Simon Sinek, who says leaders should put themselves second to their employees because it creates an environment of trust and cooperation. 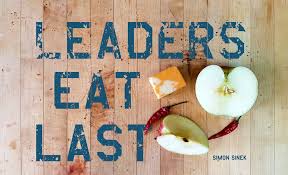 “Good leaders make you feel safe,” Sinek said in his powerful Ted Talk. “When the leader makes the choice to put the safety and lives of the people inside the organization first, to sacrifice their comforts and sacrifice the tangible results so that the people remain and feel safe and feel like they belong, remarkable things happen.”

Many are of the idea that leadership is about rank and power. It is the complete opposite. Real, genuine leadership occurs when you allow your staff to achieve the highest levels of success they can. Trust and cooperation are feelings which result from the environment we are in. When the environment in the workplace is one of encouragement, when we feel valued and significant, we thrive. It’s a leader’s responsibility to allow this to happen. There is nothing worse than clipping your employees’ wings—especially if you are managing Millennials. Among Millennials, 76% of employees will quit if they feel unappreciated.

Multiple news sources confirm that cave divers found the boys gathered together in good spirits. They weren’t frantic or crying. In fact, they were laughing. This is thanks to their coach, Ekkapol, who stepped up and acted as a beam of courage and optimism.

There are days when a team member, for whatever reason, will feel tired, stressed, cranky, and momentum gets stalled. A true leader can seize that moment to motivate, reiterate their support, and keep reminding their team members of the big picture. Being persistent and not giving up when times are tough are powerful attributes. It is true leadership and effective coaching in the workplace when you can see through the distractions, believe in the team, and allow them to be successful and stay positive despite the difficult circumstances.

Rule #1 in business: Adapt or die. Just when you think your business is smoking hot, something unexpected comes hurtling at you and changes everything. Take Blockbuster. It took them too long to recognize that the future was in downloading movies and that their DVD rental model was going to be outdated. What happened?They died.

Left to survive with little food and low oxygen levels, the soccer team of 12 boys relied on their adaptability. From having to adjust their vision, rationing food, learning to swim, showing patience, to conserving energy—the children were forced to adapt to their environment. Otherwise, they might not have made it out alive.

Businesses, large and small, are facing the same challenge: survival in an ever-changing world. Great leaders adapt to what is required to remain effective and influence the teams they lead.

Most of us will never find ourselves trapped in a cave with no way to escape but to dive through a kilometer of flooded passages that involves stopping and changing air tanks. Nevertheless, the theory of natural selection—being able to adapt—has important parallels to business. Technology changes constantly and the companies most suited to that change, or most able to take advantage of it, survive and flourish. Leaders have the choice whether to respond to change, adjust their strategy, embrace new technology and bring on new skills. Those that respond survive. Those that let the world change around them die out. No industry is immune, and no occupation is safe.